A while back, a friend was talking to me about her significant other and his habit of deleting messages between him and a couple of particular friends. I have to admit, she’s never really been the jealous type, so I didn’t know what to think at first. I have always assumed that her husband is faithful to her, and never thought they would have “those” issues. But I guess anyone can get a little worried over something if it seems suspicious enough.

She’s asked him a couple times to respect how uncomfortable she is with him talking to two different ladies – both old friends, both ladies he’s known since before he met his wife. She thought he had finally given in to her request, and although she felt bad because she didn’t want to seem controlling, she also felt like it was right to protect their union.

Then, she found out that he was talking to these ladies from time to time. And deleting all evidence of the conversations. I didn’t know what to say to her, I didn’t want to tell her to assume the worst (which is exactly what I would do in her situation. Anybody know where I put my suitcase?) The reason I didn’t want to go there, is because I could be wrong. But do I tell her to just forget it?

Marriage requires transparency. The no-privacy, bare everything, always, kind of transparency. I believe that in marriage, we give up our right to privacy. I heard the reason for secrecy once as being “because I was planning a special gift and wanted to surprise him” but honestly, secrecy is hurtful, worrisome, and 9 times out 10, if you’re hiding something, it’s because you know you’re in the wrong. So, while a little careful planning for a special surprise is okay, going all out and being highly secretive can cause more damage than a good surprise is worth.

Luckily for my friend and her husband, they got it sorted it out. She sat down with him, and despite all of his defensiveness and her hurt, they worked it out. He figured out that she wasn’t angry, she was hurt, and she agreed to stop asking him to not talk to his friends. He stopped deleting the conversations, and she’s admitted that she still checks from time to time, but those conversations never include any naughty talk, he doesn’t whine to them about his wife or their home life. They trade phones at the end of most days, because come to find out, he thought she was talking to an old flame from time to time, too. She wasn’t, and after discussing who they each had saved in their contacts, he felt as much better as she did. She’s pretty picky about who she talks to, and she’s very upfront with her husband about her conversations with anyone. She admits that she struggles from time to time with him having a female best friend other than her, but she knows that being bitter, angry, or hateful about it will drive him away. She loves him too much for that.

When he quit defending his right to have friends, and quit hiding conversations with other women from her, she was able to trust him. In my opinion, trust is typically earned, and if you are doing sneaky things, then why does your spouse have any reason to trust you? But if you leave everything an open book, and live with nothing to hide, then the kind of trust that is built will last a lifetime.

Have you ever hidden anything from your significant other? Was it really harmless or were you hiding it because you were doing something wrong? Please share your story in the comments!

I am a Jesus-girl, wife, mom, writer, sister, daughter, baker, cook, maid, teacher, farmer, and more. I am busy raising kids, and praying daily for them to be servants of Christ. I am the blessed wife of a very hard working man. We live on a small farm where we are learning more about sustainable living. We do our best to enjoy life, help others, and use the talents God gave us for His glory. Our goal is to teach our kids to do the same. I welcome all emails - you can reach me at reginawalkerauthor@gmail.com - feel free to email me anytime, just be patient in waiting for my response! View all posts by Regina Walker 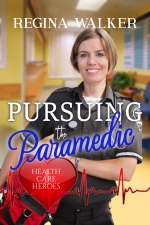 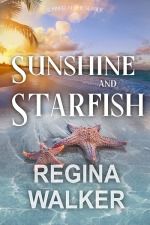 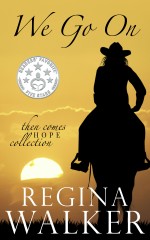